the leaden hearts the convicts left behind

This book was produced to accompany the traveling exhibition of the subject to three museums  in Australia before returning to Britain where it was on exhibition in 1999 at the British Museum.

Convict love tokens or Leaden Hearts as they were known by prisoners at the time were their final parting gifts to wives girlfriends and relatives. Left in a prison cell after conviction the inmates knew that they would have an opportunity to meet with their loved ones one final time and would grind off the images from the faces of Cartwheel pennies and engrave (or pin prick) messages to give them as parting gifts. Often pledging undying love until their return (which almost certainly would never happen) these sad mementoes are often the only surviving relic of their former lives in England before the 12000 mile journey to the other side of the World.

One of the fascinations of these unique coins is that as many of the convicts were alive within a few generations and having been so carefully recorded by the establishment, their lives can be pieced together in minute detail from the cradle to the grave. This book features specialist chapters on the subject by some of the experts in the field, tracing the background history whilst putting it in an historical context.

Please contact Timothy Millett if you would like to order a copy at £35 (free postage within the UK, all other countries will require £5 postage).

From the Nelson Dispatch in 2017; This book is a truly fascinating piece of detective work by George Wilkins. It is the very first book I have read in over seventy years since my mother introduced me to the "Hero of the Nile", as a young boy, living on the doorstep, so to speak, of His Lordship's home at Merton Place, which makes no mention whatsoever of Nelson's career, life at sea, his favourite ships, battles, family, wife, mistress, death or funeral. So what, you may ask, is the book actually about, and why would anybody remotely interested in Nelson, take the trouble to read it!

The answer is quite simple: this is a study of His Lordship's facial appearance using a system of analysis to determine the truest possible representation of his features, as portrayed through the many artists of the day, both professional and amateur. The most illuminating of subjects covered is the little known story surrounding the search for the best Nelson portrait likeness used by Matthew Boulton and his engraver, Conrad Heinrich Kuchler, for his celebrated production of the famous Trafalgar medal. It is already known by many that Boulton's son, Matthew Robinson Boulton, finally obtained a small wax portrait of Nelson loaned to him by Lady Hamilton, and described by her as the "most striking likeness" of His Lordship ever produced. But the intriguing story of how this actually came about and the details surrounding the search, with up to 16 people involved, to locate the truest likeness of Nelson, has now finally come to light through this recent publication. The facts uncovered by the author are well researched and copies of supporting written evidence extracted from the original documentation enhance the story still further.
Not only do we learn of the above but also the fascinating details which the author relates of how he found, by chance, and obtained the original wax portrait model made by Catherine Andras in 1801. This is of significant importance. There are many illuminating details concerning the Andras wax portrait of 1801, together with various dates of manufacture and her subsequent cast productions from 1805 onwards. The author also details the story in some depth behind the production of the Nelson wax portrait by this eminent young artist Catherine Andras, the adopted daughter of the miniaturist Robert Boyer, which she created at the same time as Boyer painted his miniature of Nelson in 1801 in just one sitting. Of significant interest also, is the revelation that the Boulton Trafalgar medal obverse was actually copied from the original Andras 1801 portrait sitting, and not from a second sitting in 1805, which had been stated previously by every other author.
Aided by the use of computer technology, the author has traced the Nelson profile of the Trafalgar medal which, when superimposed upon the original 1801 Andras wax, matched it exactly in every detail. The book also covers subjects such as Facial Recognition, the Boulton Reducing Machine, Artistic Copyright during the 18-19th centuries, and the final decision made surrounding to whom a Trafalgar medal would be awarded, and the possibility, or not, of inscribing each of the medals with the recipient's name. The book is well illustrated with over 100 colour and black and white photographs, together with copious notes and appendices. This is a book which all serious students of Nelson should own and anyone in possession of that sumptuous work The Nelson Portraits by Richard Walker (1998), would do well to place this very enlightening new volume in close proximity to such a major work. Thomas A. Hardy

Please contact Timothy Millett if you would like to order a copy at £35 (free postage within the UK, all other countries will require £5 postage). Further details can be found here. 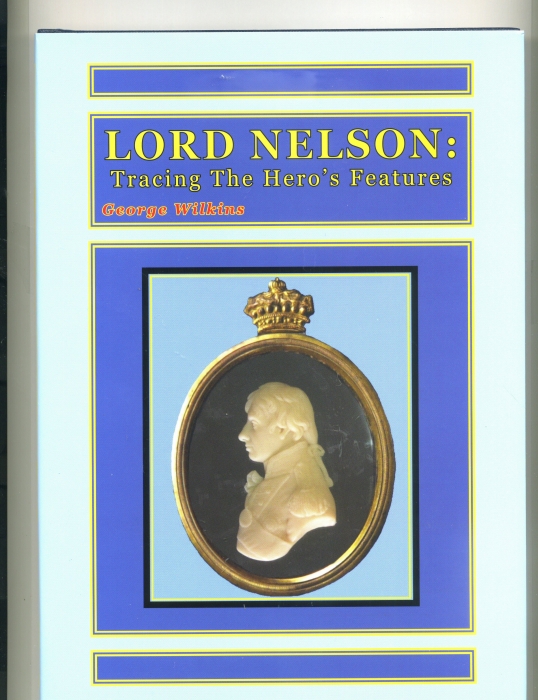