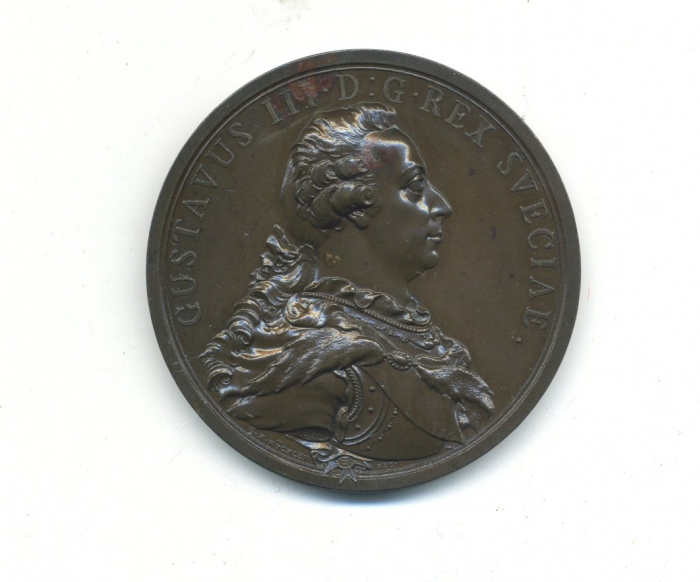 Gustavus III (1746-1792) was the King of Sweden from 1771 until his death.
He was a dominant, indeed autocratic, ruler, whose political actions became increasingly unpopular among the Swedish nobility. A conspiracy to murder him was hatched by a group of aristocrats in 1792. At a fancy dress ball held at the Royal Opera in Stockholm on 16 March 1792, J.J. Anckarström shot the King in the back. The wound was fatal, and Gustavus died on 29 March.