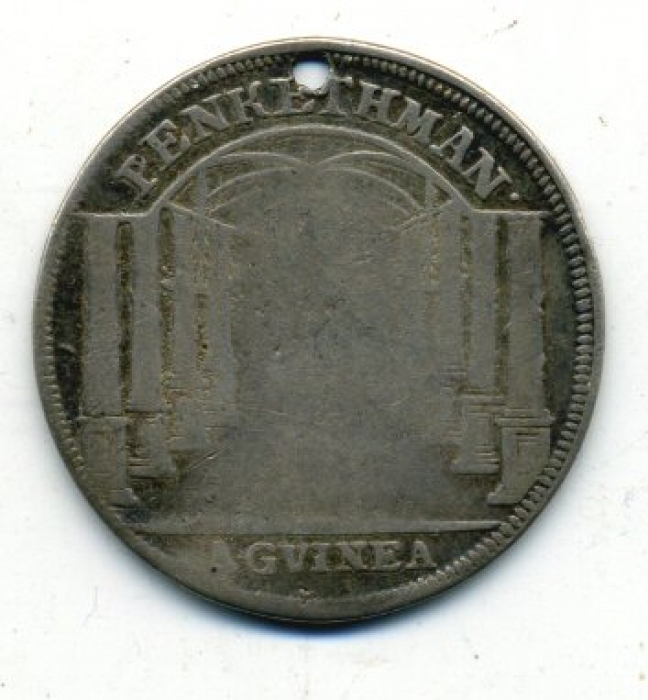 William Penkethman, died 1725. Actor and theatre manager. He originally started with a company of strolling players who made use of the success of Greenwich Fair as an offshoot for actors from the London. The Company got going in Greenwich weeks before the end of the summer season in London.

By 1710 his enterprise was developing putting it partly on a subscription basis.

He enlisted the patronage of Sir Richard Steele who reported to the "Tatler" that " The ingenious Mr. Penkethman has lately left here a paper or Ticket to which is affixed a small silver medal which is to entitle the bearer to see one and twenty plays at his theatre for a guinea."

Although there is no specific place known for the location of the theatre Hasted records that, " an old house on the west side of the Hospital when taken down in the early eighteenth century was described as fitted out for a theatre." It has been suggested that this is on the site of the current Church Street which runs down to the river west of the hospital.

Penkethman, although he abandoned Greenwich was to subsequently reappear with further plans in Richmond when he set up on the Hill in 1718.