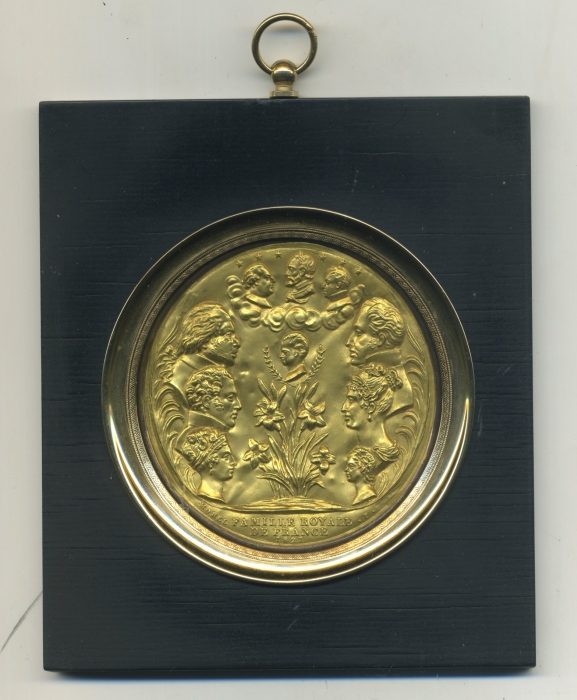 The Bourbon Royal Family , bronze gilt plaque, 1821, by Eugene Morel, members of the House of Bourbon with Henry IV at the head and the Duc de Bordeaux, Comte de Chambord in the centre, with lilies below. FAMILLE ROYAL DE FRANCE/ 1821, signed on the truncation, Morel, 130 x 115 mm. Good very fine. £Sold

The plaque was produced following the assassination of the Duc de Berry, youngest son of the Comte d'Artois, At the time of the assassination, his wife was pregnant with the last of the Bourbon line, the Duc de Bordeaux, Comte de Chambord, born in 1820 .The young man became the figurehead of legitimism in exile. He got his chance to become king in 1873 as Henry V but refused to do so unless France abandoned the tricolour and adopted the old white flag of the Bourbons. This was a step too far, and France remained a republic. Chambord died in exile in 1883.