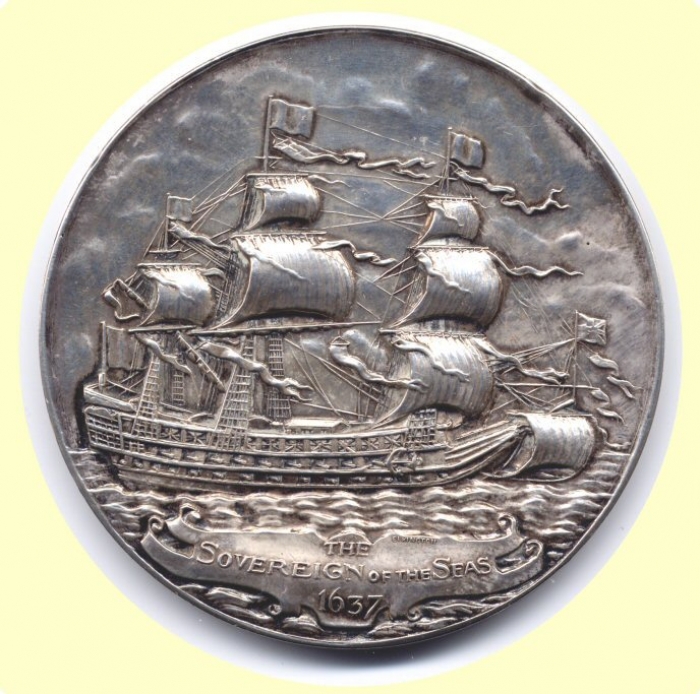 The festival was held at Kiel, Germany, and began on 26th June. Amongst the competitors taking part was Sir Thomas Lipton’s yacht “Shamrock” and Mr Myles B Kennedy’s yacht “White Heather”. The Illustrated London News for 6th July 1912 contains a series of photographs of the event. The Ship “The Sovereign of the Seas” depicted on the reverse represents the first three-decked ship launched in 1637. Brown notes that the design is somewhat similar to Nicholas Briot’s medal the Dominion of the Sea in 1630.