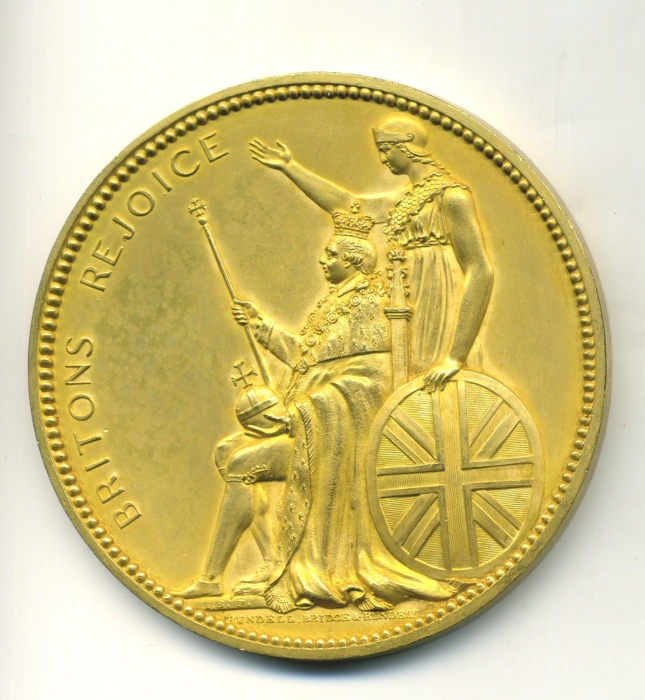 Only a very few medals were issued signed by Rundell, Bridge and Rundell.

The partnership of Philip Rundell and John Bridge, started in London towards the end of the eighteenth century, went on to become the greatest firm of goldsmiths, jewellers and medallists of the age. Its stable of distinguished artists, headed by the sculptor John Flaxman, was the driving force in the adoption of a new imperial style in English silver. Later, the firm created jewellery and silver in the historicist and naturalistic styles and was at the forefront of the Gothic revival. Among the firm's customers were the Prince Regent, and such notable figures as William Beckford, Thomas Hope, Lord Castlereagh, Prince Lieven and the Duke of Wellington.

Known as Oil and Vinegar, Rundell and Bridge were of wildly contrasting personalities. While Philip Rundell was an irascible taskmaster deemed to be the best judge of gemstones in London, the urbane John Bridge, described by a contemporary as "the complete courtier", was the public face of the firm. He guided the Prince Regent in assembling a magnificent collection of gold and silver works, both antique and new, which today forms part of the Royal Collection.