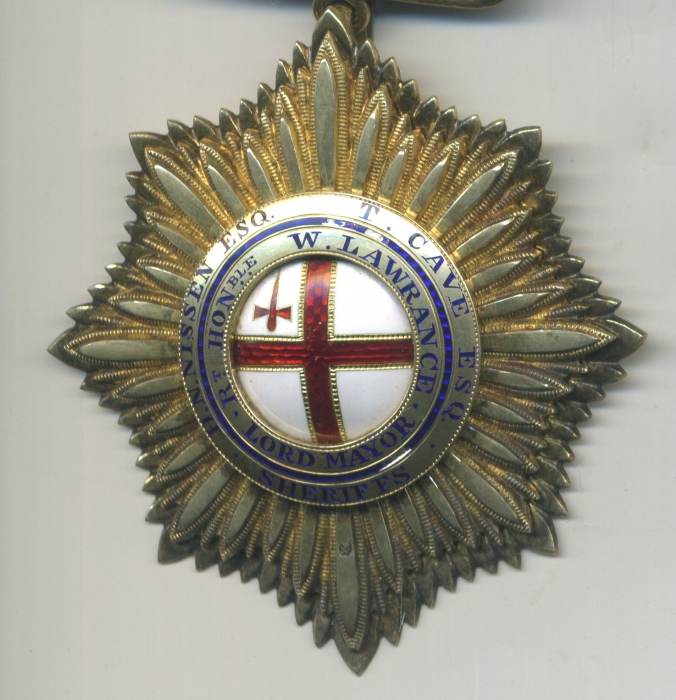 Two major events occurred in the City of London in 1863 for which such items as these were produced. The marriage of Edward and Alexandra and the granting of the Freedom of the City of London to the Prince of Wales.
Sir William Lawrence,(1818- 1897),was an English builder and Liberal Party politician who sat in the House of Commons in two periods between 1865 and 1885.