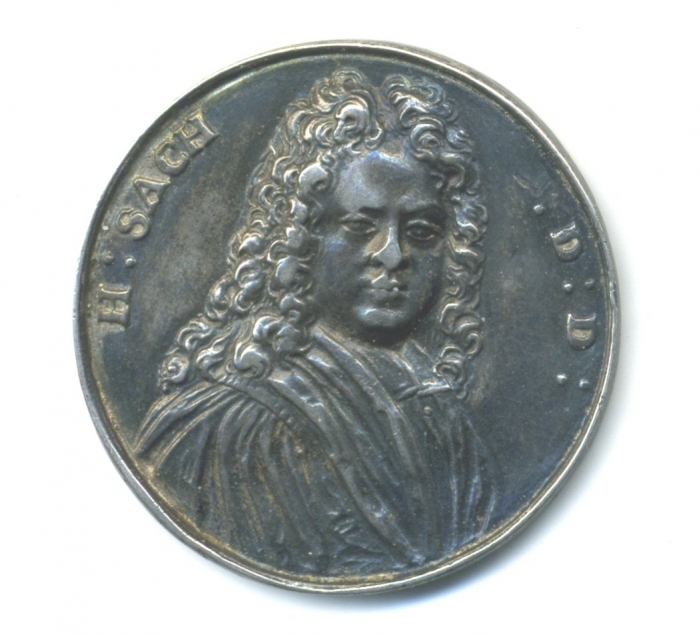 Henry Sacheverell (1674-1724) was an English High Church clergyman and politician.
At his trial he was impeached for two sermons in which he advocated the doctrines of non- resistance and passive obedience haranguing the Dissenters and the toleration of the Geneva discipline.He was tried and convicted of sedition, losing his preaching license for three years. His second sermon was a tirade against the Government. Such was the feeling which the trial created that rioting followed at which the Riot Act was read for the first time.
Sacheverell had railed against the Whig government and with his conviction became the martyr of the Tory cause. At the general election which followed six months later, the Tories swept to power on a wave of anger at the Whig's handling of the British involvement in the War of Spanish Succession.
The allusion on the reverse is to the resolution which was added to the sentence of Sacheverell, the famous decree issued by the University of Oxford in 1683 following the Rye House Plot, maintaining the doctrine of passive obedience to the authority of the Princes, should be burnt by the hangman. Innocent XI was the Pope at the time.