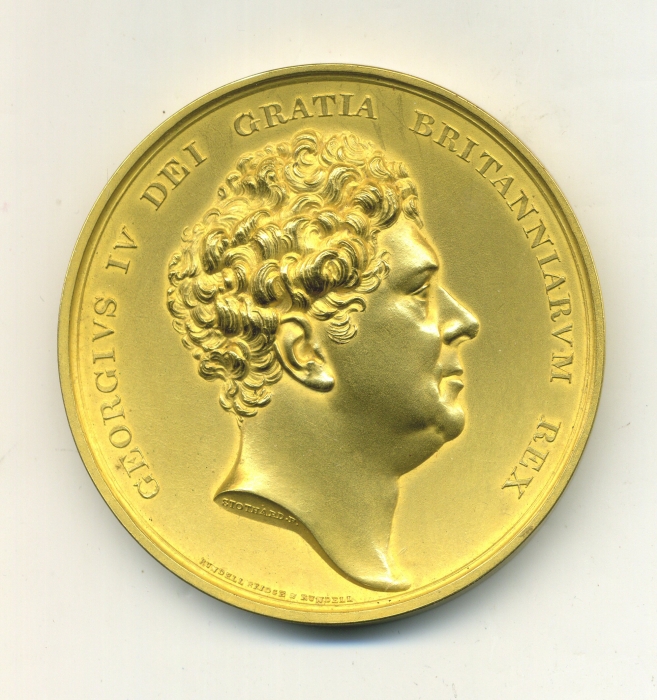 George decided to take up residency at Windsor in 1823, but since little had been changed there since the reign of Charles 11 he wanted to make changes and as a result in 1824 Parliament voted him £150,000 for improvements to be carried out by Sir Jeffry Wyatt. When the work was finally finished in 1840 over £1,000,000 had been spent.
Wyatt is buried at St. George's Chapel, he having lived in one of the wings of the castle for the rest of his life from 1824 to 1840.


This medal commemorates the completion of the first stage of the work in 1828, when George moved into the private apartments.