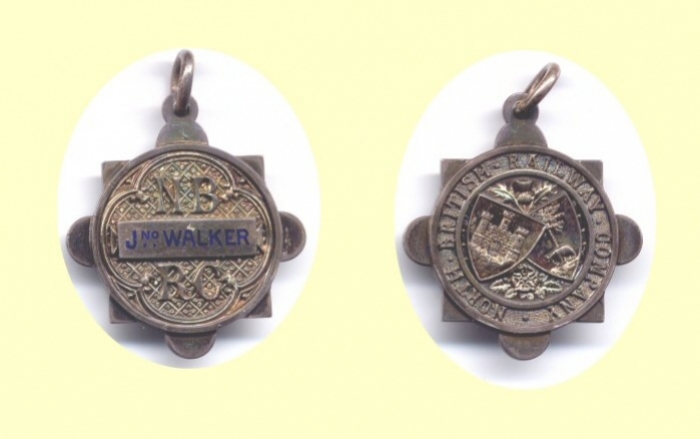 The North British Railway was first authorised in 1844 and amalgamated with the Edinburgh, Perth and Dundee Railway in 1862, extending the line from Edinburgh to Berwick. John Walker (1832-1891) entered the service of the Edinburgh, Perth and Dundee Railway at the age of 19. His exceptional ability ensured that his promotion was swift and he was quickly appointed Treasurer of the amalgamated company. In 1866 he was appointed its Secretary and in 1874 he was awarded the position of General Manager. On the occasion of his death, from a sudden apoplectic seizure at Waterloo Station, the Director’s of the Company officially recorded that “ he served the Company with such ability and unselfish devotion as is rarely witnessed …. and it was during (his tenure) that the remarkable development of the Company’s system was mainly effected”. A large bronze statue of John Walker, by John Rhind RSA, used to stand at the entrance to Waverley Station, Edinburgh, one of the few instances in which the memory of a railway company General Manager has been so honoured. The sculpture is now in the Glasgow Transport Museum.