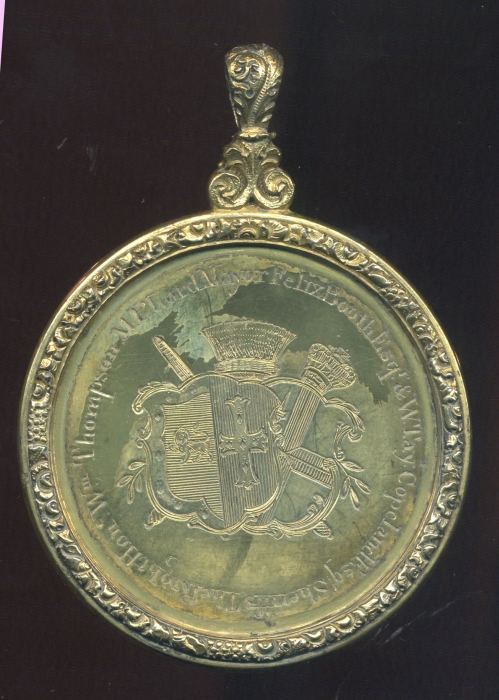 William Thompson (1792-1854).Lord Mayor of London and Member of Parliament for London until 1832. He was also chairman of Lloyd's and president of Christ's Hospital.

Sir Felix Booth, 1st Baronet, FRS (1775-1850). Gin distiller, and promoter of Arctic exploration. He financed John Ross's 1829 expedition to find the Northwest Passage. The Boothia Peninsula and Gulf of Boothia are named after him. He provided £17,000 for the expenses of the expedition.

William Taylor Copeland,(1797- 1868). Businessman and politician who served as Lord Mayor of London and a Member of Parliament for Coleraine. He succeeded his father in partnership with Josiah Spode, subsequently taking over the other company.

Edward Tyrrell, City Remembrancer, 1832 to 1863. He took over the position on the death of his father. At this time he was assistant to his father.