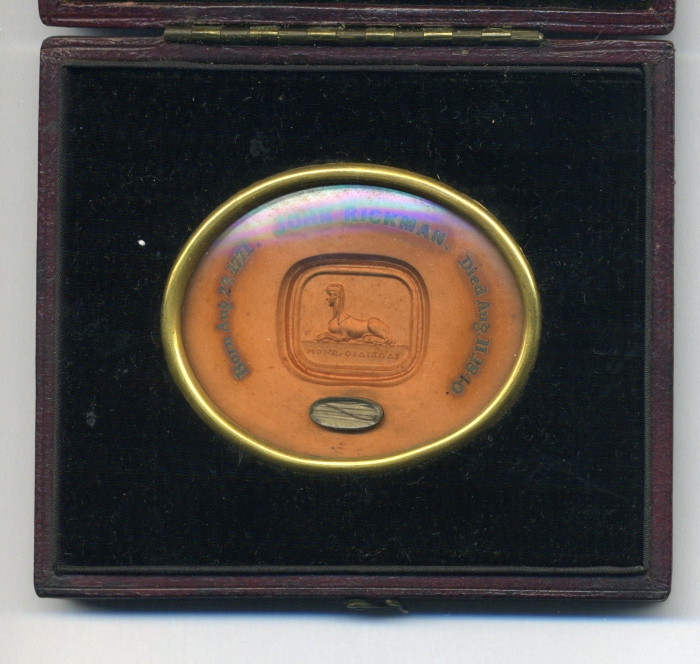 John Rickman, (1771-1840).Statistician. His Parliamentary career included twelve years as the Speaker's Secretary and twenty-six years as a Clerk in the House of Commons, but perhaps his greatest achievement was as the originator of the census in England. Rickman supervised the population returns for four successive decades beginning in 1801. His labours earned him recognition both home and abroad. In 1815 he became a Fellow of the Royal Society and in 1833 he received honorary membership of the Societe Francaise de Statistique Universelle. He was a respected intellectual in 19th century London society and was a friend of Lamb and Southey. He is buried at St Margaret's, Westminster.